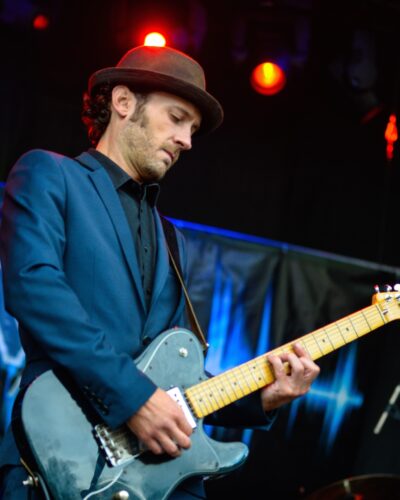 Over the last few years, the Ben Racine Band has been one of Montreal’s most critically acclaimed blues act. Ben, known for his exceptional vocal talent brings his soulful performances everywhere he goes.
His first record “One Of A Kind” was nominated at the Maple Blues Awards in 2013 and the recognition never stopped since…
The sound of the band originates from an incredibly tight rhythm section, screaming horns and a razor sharp telecaster guitar. A signature groove that lead them to backing-up several major blues artists like Kenny Blues Boss Wayne, Andria Simone, Shakura S’Aida, Curtis Salgado, Thornetta Davis and Dawn Tyler Watson.
With Dawn, they are featured on her 2 latest album “Jawbreaker” and “Mad Love” and have been her official band for the last four years. It lead them to win the 2017 International Blues Challenge in Memphis where Ben was crowned guitar player of the year winning the Albert King Award.
“Mad Love” has won Juno Award and Maple Blues Award for Best Blues Album in 2020